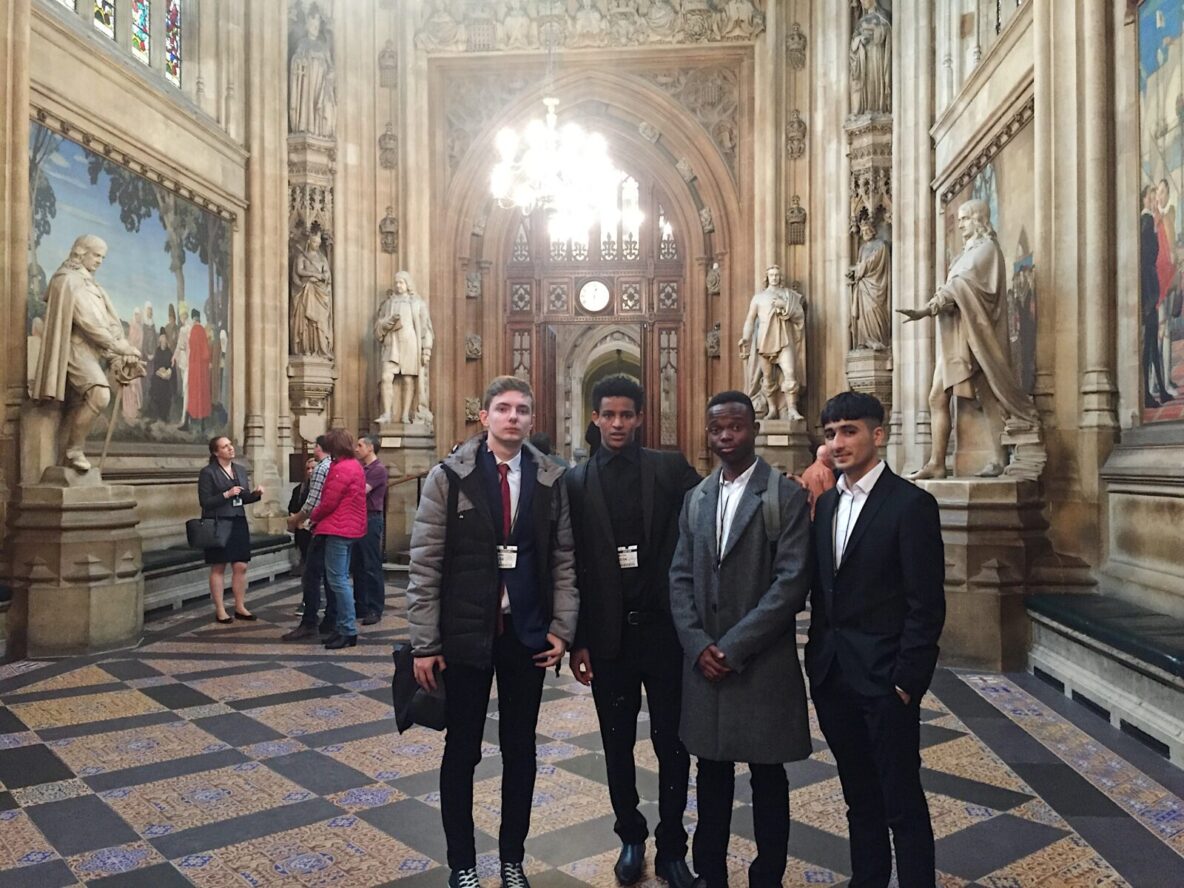 Principle Consulting offers annual work experience placements to several students from Uxbridge College who are part of the English for Speakers of Other Languages programme. Over the last few weeks, the selected students have researched our democratic institutions, practised giving presentations, learned about how charities campaign and visited Parliament and City Hall. We asked them to write about the issues most important to them. Two of their responses are featured below. My name is Patryk, I’m twenty years old and I’m from Poland. I moved to London in 2014. I’m studying at Uxbridge College. I recently had the chance to go on work experience to Principle Consulting where I spent my time productively. They’ve asked me to write about the biggest political issues in London from my point of view as a teenager. I’ve never thought about this question before so it was difficult for me to find an answer, but I realised that surrounding me, especially at college, people are facing many problems which we don’t see. I chose the three biggest issues which have a big influence on our lives.

I think this is the biggest problem I’ve witnessed. A lot of people my age or younger suffer from depression or low self-esteem because of bullying at school or online. They are not receiving enough help from school or their parents, which leads to bigger problems like suicide or self-harm. People touched by mental health problems don’t feel valuable, so they start to think, ‘if I’m not needed to anyone why should I live’? This isn’t the case – everyone has a right to live without being bullied. As a solution, I propose the government should spend more money on mental health care. I know this is not easy, but we are all a part of London society and deserve a good quality of life.

My next issue which affects many people my age is knife carrying. Many people in different parts of London carry a knife, which is illegal but still visible. There are many dangers connected with knife carrying, like robbery or murder, which are really serious. In many parts of London those incidents happen quite often. Every few days we hear on the radio or TV that someone lost their life because they were stabbed to death. We could avoid this. I propose to introduce improvements in our police by giving police officers more power, for example, greater penalties if someone is caught carrying a knife. We should also employ more police which I think will reduce knife carrying.

The last issue which is also a big problem is easy access to drugs. I know many people aged sixteen who smoke cigarettes or drink alcohol in large amounts. They do this because they want to be the centre of attention, especially attention from other people who are also doing similar things. I think this is sad because instead of spreading good habits, teenagers are doing completely the opposite. I know from my experience that if you are not following the group you are treated as an outsider because others think you are weak or you can’t do it, so they start treating you badly. It’s important that older colleagues spread the message that smoking and drinking is bad to their younger friends who are really susceptible to influence. My name is Bashiru Kargbo, I am 18 years old and am a student preparing for GCSE exams. My interest in politics is a necessity, because choices made by politicians affect all of us, both directly and indirectly. I would like to voice concerns about some key issues that I believe should be treated with the utmost importance and urgency.

These issues include knife crime, which is on the rise, and drug abuse and the intake of harmful substances, which leads to mindless actions, and invades and destroys lives and homes every day. And speaking of homes, there aren’t enough of those.

Firstly, on knife crime, I don’t think anyone in the City of London would believe the statement, ‘the city is safe’. Despite how calm people may seem it’s terrifying for parents and mostly for us teenagers. The panic worsens isolation – we won’t admit openly that we are scared. The fact that there is no trust amongst our peers in our schools and colleges affects not only the learning atmosphere, but also our unity as humans, which leads people to regard the saying ‘every man for himself’ as logical.

Secondly, drug addiction and mindless actions walk hand-in-hand these days. There are several reasons for drug-use and the intake of harmful substances but I think there is one main reason for it and that is isolation. Parents and guardians try their best to raise their children to be a man or a woman that they would be proud of, yet they are sometimes disappointed by the outcome of their hard work.

Why? Because, from personal experience, they try to isolate their children from what they see on the news – gun and knife crime, or drugs – and in doing so, they isolate their children to the whole world. It is unlikely that a child will go through their teenage years without making friends and, if their parents have tried to isolate them too much, there is a danger that they will rebel by making friends with people who are into drugs. It is not the fault of the parents, but rather than asking ‘whose fault is it?’, we should be asking ‘what have those who are equipped enough done to end this endless vicious cycle’? Those who promised to bring safety have been trapped in this cycle themselves.

Finally, I believe in the importance of shelter from the harsh weather of London, yet the lack of homes leads citizens to doubt their choice of who is leading them and who should. Even those living in council houses on a temporary basis are stressed due to constant worrying about the possibility of being transferred to another area or being required to submit a document which, if late, could change the course of their lives. When people are transferred, it means they have to become familiar with new routes to work, college etc. and make a thousand calls to change address for documents or letters to be delivered, which is challenging and time-consuming.

In my own experience, my mum received a letter saying that our accommodation was at risk because the housing provider did not have a document which they had told her was not needed when we first arrived. We had to rummage through all of our documents, causing chaos and misplacing other documents, which multiplied our workload.

I really hope our politicians will do what they promised as leaders because I believe if these problems are ignored the consequences will be dire.