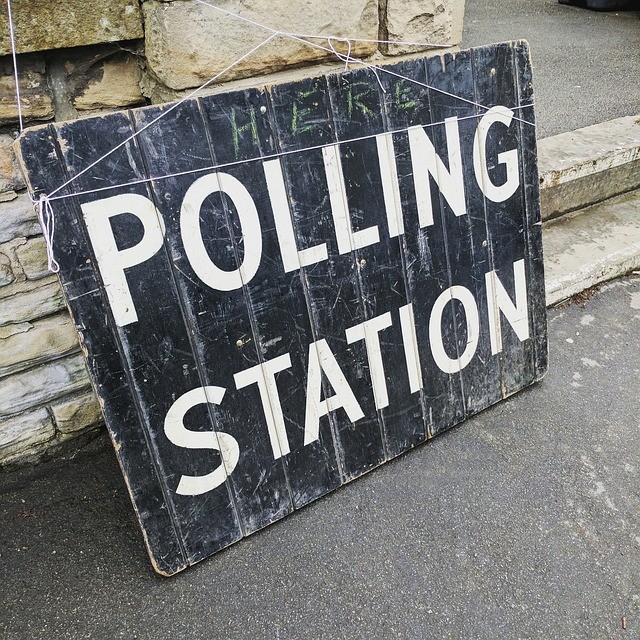 On Thursday May 5th, large swathes of the country will go to the polls for local elections. All councils in Wales and Scotland are up for election, along with every London borough and a variety of other councils in England (33 metropolitan boroughs, 21 unitary authorities and 60 district councils, along with seven directly-elected mayors). Northern Ireland has no local council elections, but crucially is voting to elect its next 90-member devolved assembly.

These elections are taking place against the backdrop of cost of living pressures and the crisis in Ukraine, but it’s an excellent opportunity to bring so many other issues to the fore as well. To make sure your charity approaches campaigning in the most effective way, here are our top tips for campaigning in the local and NI elections.

The pre-election period kicked in for local government on Monday March 28th – the Local Government Association has published a handy guide to the constraints this imposes on its members, as have other bodies like the NHS Confederation. However, the UK Government’s period of sensitivity for these elections is shorter, beginning April 14th, so you can expect to still see announcements from central Government on certain policy priorities in the runup to that date.

Charities are of course subject to their own rules under the 2014 Lobbying Act and Charity Commission regulations (brief guide here), meaning they must always raise issues in a strictly non-partisan fashion and avoid seeking to influence votes. Wariness of these rules sometimes makes charities cautious about campaigning at all in election periods, but so long as they are sensible, charities can and should see local elections as a chance to shout on behalf of their beneficiaries and shape the priorities of incoming councillors.

2. Tell candidates what you do

This might sound straightforward, but remember your audience. When you’ve been involved in your cause for a long time, what may seem second-nature to you and your colleagues may not be to a candidate who hasn’t engaged with your policy area much before, or come across your particular charity’s approach to it. They will come across many organisations in the course of their work, so be clear and make yours stand out.

Past surveys of politicians by the charity consultancy nfpSynergy have shown how important it was to convey basic information to politicians, in order to ensure that they correctly associated even quite big charity ‘brands’ with their different functions (e.g. Macmillan with “cancer care”, as opposed to “cancer research” for Cancer Research UK). Once they are elected, councillors might well gain more clarity through intense engagement with charities working in their area, but through early and effective campaigning, you can speed this process up by letting them know how you can help their constituents and make sure you are on their radar.

3. Have clear and workable aims

Having clear and achievable aims is a basic element of all campaigns, and campaigning during local elections is no exception. Local councils have limited areas of responsibility and financial constraints as well, so do your research and make sure your asks are relevant, targeted and proportionate.

Likewise, individual councillors can only achieve so much. Unless they are a cabinet member, being a councillor is a part-time position (if they are working-age, they may have another job alongside their role, potentially on top of caring and other life responsibilities). This means time can be a real constraint on how much they can understand and achieve. Similarly, councillors are not necessarily specialists in your policy area – compared to full-time politicians such as MPs, they will not be as immersed in as many topics. Make sure what you’re asking of a councillor is realistic, clear and that you provide the information they need, and they’re far more likely to want to help.

4. Arm supporters with the information they need

Beneficiaries can be the most effective advocates for a charity’s aims and its often good to encourage supporters to contact candidates to make your campaign grassroots and user-led. However, this also means ensuring they have the information and tools they need.

Remember that most people aren’t immersed in the ins-and-outs of policy or political procedure, even if an issue directly touches their lives. Some won’t know who their current MP is, let alone follow the confusing landscape of UK councils. Written materials for supporters should therefore start from first principles – the responsibilities of a local council, the role of a councillor, and what you want them to do. Of course, you don’t want to go too far and patronise more politically engaged supporters, but it’s important to be inclusive and ensure as many supporters as possible have the information they need, rather than assume knowledge they don’t have and put them off campaigning.

5. Tailor your campaigning to suit the local area

There’s an old adage that ‘all politics is local’ – perhaps unsurprisingly, this is never more true than in local elections themselves. If your charity operates regionally or nationally your key messages might well be applicable across the country, but they will resonate more if they can also be tailored to the circumstances or stories of particular areas. For example, a health charity might have more ambitious campaigning goals in an area like Manchester, where devolution means the area has increased responsibility for health and social care.

Another way of tailoring your campaigning can be to compare the local area’s approach to your policy concern with other areas. If your charity is concerned with the funding of substance misuse services, for example, you might want to highlight to candidates that their council is performing notably worse or better than elsewhere, either to galvanise the area to do better or to ensure they stay an inspiring example of best practice.

Finally, where possible, remember identity and place. Research in the devolved nations in particular shows that public are more favourable to charities that can articulate community or national ties, a sentiment candidates will no doubt be aware of or share themselves.

While your primary focus will be on the campaign leading up to election day, it’s important to plan your post-election engagement now. Newly-elected councillors will likely receive contact from a range of organisations looking for support for their cause. If your charity is going to stand out, you need to have put some thought into what you want to say and what support you are seeking from them.

Even if a candidate you’ve had contact with during the campaign isn’t successful in getting elected, it’s a good idea to maintain contact. Send them an email offering your commiserations and congratulate them on a hard-fought campaign. They might not have been elected this time, but they’ll remember your support if they’re successful later, so a simple act of courtesy could yield rewards later (and in the meantime, people who stand for their local council are often strongly community-spirited, regardless of party or personal gain – you might be able to get them involved as trustees or volunteers, deepening your relationship and furthering your work).